Do not hesitage to give us a call. We are an expert team and we are happy to talk to you.

New Zealand is a country in the southwestern Pacific Ocean consisting of 2 main islands, both marked by volcanoes and glaciation. Capital Wellington, on the North Island, is home to Te Papa Tongarewa, the expansive national museum. Wellington’s dramatic Mt. Victoria, along with the South Island’s Fiordland and Southern Lakes, stood in for mythical Middle Earth in Peter Jackson’s "Lord of the Rings" films. 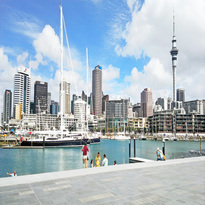 Welcome to Auckland!! Auckland is New Zealand's largest city and main transport hub. The region is home to some 1.5 million people and is also the largest Polynesian city in the world. Auckland’s diverse landscapes provide countless opportunities to get immersed in nature. More than just a city, Auckland is a whole region full of things to see and do. Best of all, with so many experiences close by it’s easy to hop from one adventure to the next. On arrival in Auckland, you will be met & privately transferred to Hotel. 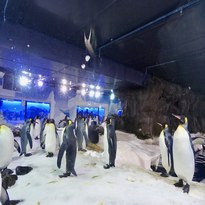 Discover first-hand why Auckland is regarded as one of the best places in the world to live, with a half-day tour of its scenic highlights. Travel through the city centre, including Auckland’s famous Queen Street, Karangahape Road with its chequered past and eclectic vibe and fashionable Ponsonby. Cross over the Auckland Harbour Bridge, enjoying views of the Hauraki Gulf and city skyline, and visit the Viaduct Harbour and the revitalised Silo Park waterfront precinct. See historic buildings around the University of Auckland before continuing over Grafton Bridge to the Auckland Domain. Later we visit Kelly Tarlton’s Sealife Aquarium situated just outside Auckland CBD, Sea life Kelly Tarlton's Aquarium houses thousands of marine animals from hundreds of species, including sharks, penguins, turtles, stingrays, seahorses, fish and much, much more. It is also home to the largest penguin colony in the Southern Hemisphere and is New Zealand's only turtle rescue centre! Visit the Antarctic Encounter to witness King & Gentoo Penguins. 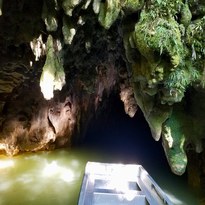 Farewell the ‘City of Sails’ as you travel south through the fertile Waikato region to arrive at Waitomo to explore the Waitomo Glowworm Caves. Known as one of New Zealand’s best natural attractions, take a boat ride through the glow worm grotto, marvel at thousands of magical glowworms and become part of over 130 years of cultural and natural history. Discover an ancient world 30 million years in the making and marvel at Mother Nature’s light display as you glide silently through the starry wonderland of the Glowworm Grotto. Experience the serene ambience as you enter this galaxy of tiny living lights. The glowworm (Arachnocampa Luminosa) is unique to New Zealand, making the Waitomo Glowworm Caves an absolute must-do. See thousands of these tiny creatures as they radiate their unmistakable luminescent light in a subterranean world. Later we continue our journey over the forested Mamaku Ranges to reach the “Thermal City” of Rotorua. 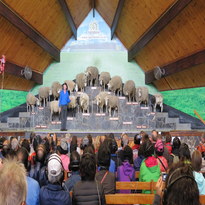 Situated in Rotorua, Te Puia is an iconic destination for visitors. Our tradition of guiding in the Whakarewarewa geothermal valley extends for generations and many of our guides have direct links to Rotorua’s earliest hosts. We share stories and insight into this unique corner of the world. Along with access to the world famous Pohutu geyser, visitors have an opportunity to see M?ori cultural performances, live kiwi, boiling mud pools, native bush and the National Schools of Wood Carving and Weaving. These are the threads that form the fabric of Te Puia, fitting its role as kaitiaki (guardian) of M?ori culture for future generations. Later we Visit The Agrodome, In the heart of 350-acres of lush farmland, yet only 10 minutes from Rotorua city centre, you’ll find New Zealand’s Agrodome. For over 40 years, visitors from all over the globe have come to the Agrodome to see our world-famous Farm Show starring a cast of talented animals… and you! Rainbow Springs Nature Park is situated amongst flourishing native forest and natural springs, you’ll see and learn all about New Zealand’s wonderful wildlife, our ecological history and our cultural stories. While in Rotorua, see a cultural performance and take part in a traditional Maori ‘hangi’ feast at Tamaki Maori Village. A local guide escorts you by coach to the ‘marae’ (Maori village) for an immersive evening that begins with a welcome ceremony by New Zealand's indigenous people. Learn about local customs and watch a powerful display of song and dance before a hangi dinner. 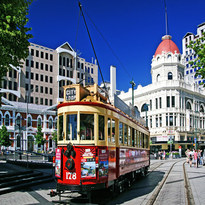 After breakfast, we transfer you to Rotorua Airport for flight to Christchurch. Christchurch is one of the world’s most unique destinations, combining urban regeneration and innovation with heritage, culture and exhilarating activity. On arrival, transfer to your Hotel. The central city is filled with cutting-edge architecture alongside some of the oldest buildings in New Zealand. The Avon River intersects the city, bringing a natural landscape to the urban environment. Christchurch is the basecamp for South Island exploration, with the Banks Peninsula within reach, as well as the stunning Southern Alps and famed Canterbury Plains. On arrival, transfer to your hotel in Christchurch. Rest of the Day is at Leisure. 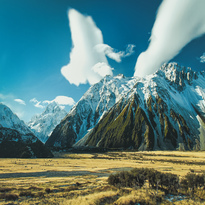 Leaving Christchurch in the morning, we travel through the fertile farmland of the Canterbury Plains to the shores of the stunning, glacier-fed Lake Tekapo, where you can view the solitary Church of the Good Shepherd and take in the sights of the spectacular Southern Alps. We then continue to the location of New Zealand's tallest mountain, Aoraki / Mount Cook, situated in a national park and UNESCO World Heritage site. Rising to 3,724 metres high, Aoraki certainly lives up to its name, which in M?ori can be translated as 'cloud piercer'. Legend tells of a young boy named Aoraki who was stranded with his brothers when their canoe struck a reef. As it tilted, the brothers climbed to the high side, where they were frozen by the south wind and turned into stone. Aoraki and his brothers now form the Southern Alps. The tour continues south, past Lake Pukaki and through the tawny tussock of the Mackenzie Country. En route, enjoy afternoon tea (own expense) in the quaint village of Omarama and if time permits, visit the Jones Family Orchard near Cromwell. Your tour concludes in the evening upon reaching Queenstown, the adventure capital of New Zealand. 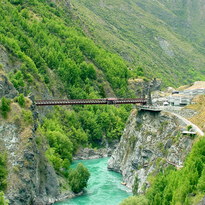 After breakfast, it’s time to explore some adventure and feel the adrenaline rush. Enjoy Bungy Jump & Zipride at Kawarau Bridge. As you shuffle out to the edge of the bridge, heart pounding and mind racing, remember this – you’ve found yourself at the World Home of Bungy. This is the original. Many people have come and gone, on a mission to push the limits and test themselves. Time for you to make the same leap of faith. Whether you’re a family with kids or a family of mates, the Zipride will have you bolting down our 130m line at over 60k’s an hour. Our three lines are side by side, letting everyone take off from our Kawarau Bungy Centre in a hot pursuit for the finish line. Don't be afraid to get creative - there are lots of ways you can ride the Zipride including our favourite 'Superman'! 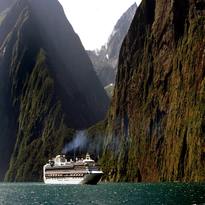 Deep within Fiordland National Park lies Milford Sound, New Zealand’s most stunning natural attraction. With its magical combination of mountain peaks, ink-dark waters and superb dramatic forest-clad cliffs, it must be seen to be believed. Milford Sound is located approximately 287 Km from Queenstown. It takes approximately four hours to drive from Queenstown to Milford Sound. Te Anau is approximately 2 Hours away from Queenstown, and forms part of the route. You will pass by some of the beautiful panoramic vistas such as Te Anau Downs, Mirror Lakes, Knobs Flat, Lake Fergus, Homer Tunnel & many more. On arrival at Milford Sound we take excursion to Milford Sound Cruises, The best thing about Milford Sound Cruises is that the weather doesn’t matter! On a sunny day, it is beautiful and on a wet day it is spectacular! Fiordland has some of the world’s highest waterfalls and they are a popular feature of Milford Sound. In all weather, you will see water cascading down massive cliffs into the sea. Milford Sound is in the Fiordland National Park, which is part of the Te Wahipounamu World Heritage site which covers 26,000km² and encompassing four national parks. It is widely considered to be one of the World’s top travel destinations. 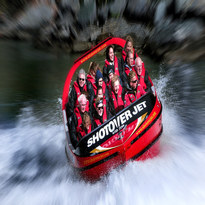 There’s no place like Queenstown and one of the best ways to experience it all is from the lake. Soak up the remarkable mountain views on a relaxing scenic cruise aboard Spirit of Queenstown Cruise. Discover Lake Wakatipu’s hidden gem – Mt Nicholas, before joining for an 1 hour of power on Lake Wakatipu and the world famous Shotover and Kawarau Rivers. On your Jet boat trip, you’ll get up to speeds of 95kph on the mighty Shotover and Kawarau Rivers, in water that’s less than 5cm deep in some places. Cruise across spectacular Lake Wakatipu to isolated Mt Nicholas High Country Farm on Spirit of Queenstown. 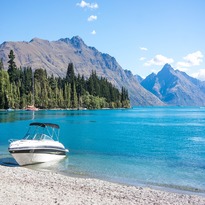 After breakfast & depending on your flight timings we will transfer you to Queenstown Airport for your flight to onward Destination. We hope you enjoyed your trip to New Zealand!!